Chat with us, powered by LiveChat The Dangers of Mixing Fentanyl With Other Drugs - South Carolina Rehab

The Dangers of Mixing Fentanyl With Other Drugs

Home » Blogs » The Dangers of Mixing Fentanyl With Other Drugs 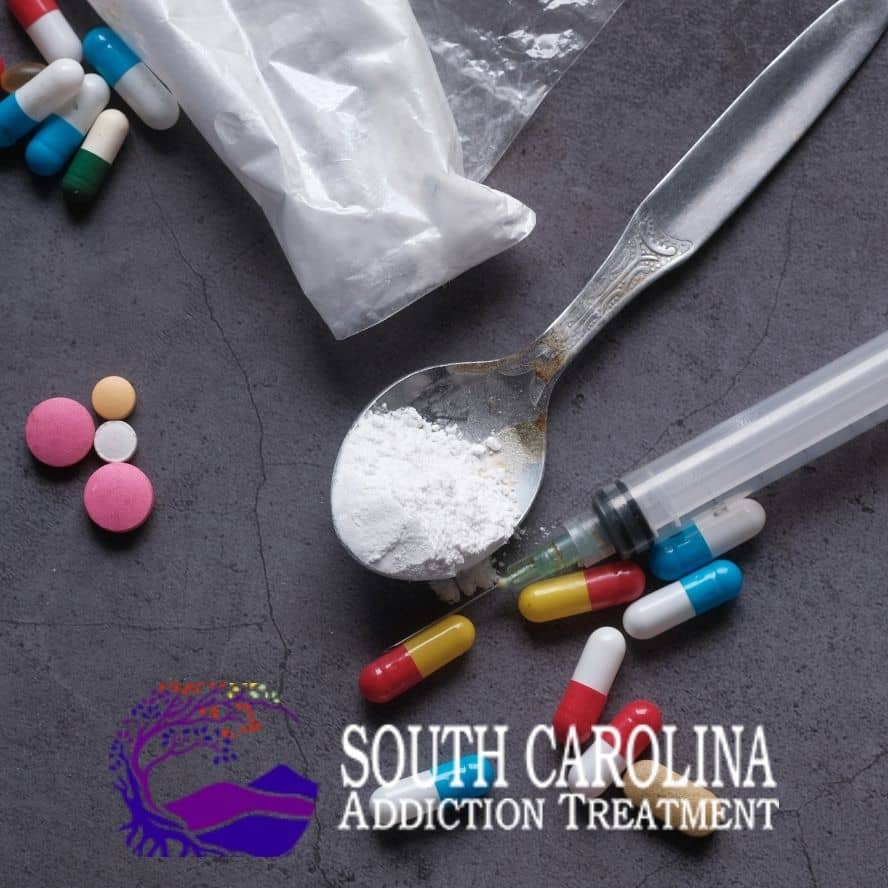 Fentanyl is an extremely powerful opioid that was originally intended to treat severe pain. This substance is so potent that it is 100 times stronger than morphine. As more people become aware of this drug, our country has seen rises in fentanyl overdoses and fentanyl-related deaths. This is because of illicitly manufactured fentanyl (IMF).

According to The Center for Disease Control and Prevention (CDC), “most recent cases of fentanyl-related overdose are linked to illicitly manufactured fentanyl, which is distributed through illegal drug markets for its heroin-like effect.”[1]

The vast majority of fentanyl overdose cases are a product of laced drugs circulating in the streets. Someone may think they are buying cocaine or heroin, only to suffer from a fentanyl overdose. Drug dealers mix fentanyl with other drugs because it is extremely potent, causing their customers to become addicted faster. However, mixing fentanyl with other drugs is extremely dangerous and almost always results in accidental overdoses.

Fentanyl is a powerful synthetic opioid that is 50-100 times stronger than other opioid drugs. The CDC reports that more than 150 people die every day as a result of overdosing from fentanyl and other synthetic opioids.[2] The most dangerous aspect of this drug is that individuals cannot see it, taste it, or smell it when their drugs are laced with fentanyl. Because of this, fentanyl is responsible for a large number of accidental overdoses in the United States.

The signs of a fentanyl overdose include:

If an individual is displaying the signs of a fentanyl overdose, 911 must be contacted immediately. The effects of an opioid overdose can be reversed with the use of naloxone if treated promptly.

What are the Dangers of Mixing Fentanyl With Other Drugs?

Fentanyl is extremely dangerous on its own, but what happens when it’s mixed with other drugs? Mixing fentanyl with other substances is very dangerous, often leading to life-threatening consequences.

Fentanyl and Other Opioids

Fentanyl is most commonly mixed with other opioids, like heroin. This is extremely dangerous, as this mixture combines two very powerful opioid drugs. When someone ingests a mixture of fentanyl and heroin, they are at risk of dying in a matter of minutes. This is because fentanyl and other opioids cause low blood pressure, decreased body temperature, and limited respiratory function.

When fentanyl is mixed with other opioids, the effects of opioids are exacerbated. This means that an opioid overdose is highly likely. Anyone who suspects that they have been given fentanyl-laced heroin, oxycodone, morphine, or any other opioid should contact emergency medical services immediately.

Fentanyl is also commonly mixed with a benzodiazepine known as Xanax. Xanax is a prescription medication used in the treatment of anxiety and seizure disorders. This substance is highly addictive and often sought out as a drug of abuse. Because of this, criminal drug manufacturers create counterfeit Xanax to sell on the street. Oftentimes, these counterfeit Xanax bars are laced with fentanyl.

The mixture of fentanyl and alcohol is oftentimes fatal, due to decreased respiratory functioning. While most people come in contact with fentanyl accidentally, this is unlikely for individuals who drink alcohol. Some people may misunderstand the potency of fentanyl and attempt to drink alcohol while they are taking fentanyl. This is common among older individuals who are prescribed fentanyl for chronic pain. Because both substances are depressants, the mixture of these drugs heightens the effects of one another. This can lead to respiratory depression, choking, increased risk of accidents, and fatal overdose.

Mixing fentanyl with stimulant drugs is extremely dangerous because the two substances have opposite effects. Fentanyl is a depressant, so mixing this drug with a stimulant will shock the individual’s system. Drug abuse experts have found that cocaine is being laced with fentanyl at alarming rates, raising extreme concern for individuals who suffer from substance abuse.

The Drug Enforcement Administration has released a statement to “warn the public about a spate of deaths in beach communities connected to cocaine laced with the highly-potent and often deadly drug fentanyl.”[3]

Most people who come in contact with the mixture of fentanyl and stimulants do so accidentally. However, some individuals may believe that the two substances cancel each other out. This is far from the truth. While mixing a depressant and a stimulant may cause the individual to feel less of the side effects of one drug, the substances are still present in their system. This can lead to fatal overdoses, addiction, depression, anxiety, and suicidal ideation.

Abusing substances has never been safe, but the recent presence of fentanyl-laced drugs has created an entirely new danger of addiction. Further, deliberately mixing fentanyl with other drugs is extremely dangerous and deadly.

Getting sober is never easy, but with the help of trained professionals, evidence-based therapies, and a recovery support system, sobriety is possible. Contact us today for more information on fentanyl abuse and addiction treatment.