Chat with us, powered by LiveChat Does Marijuana Cause Panic Attacks and Anxiety? - South Carolina Rehab

Can Marijuana Cause Panic Attacks? 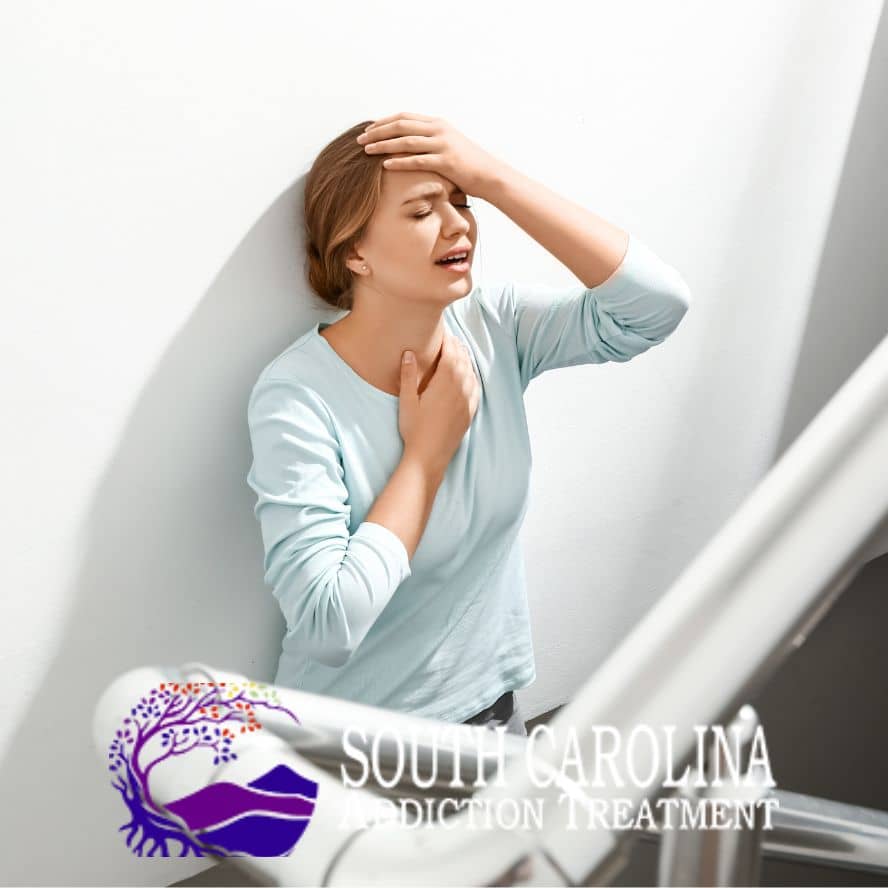 Marijuana is one of the most commonly abused drugs in the United States. According to the Centers for Disease Control and Prevention, “48.2 million people, or about 18% of Americans, used it at least once in 2019.”[1]

Despite marijuana use being prevalent, many people are unaware of the risks. While some people experience a calming and euphoric high after consuming marijuana, others feel paranoid and anxious. When someone is in an anxious state, they are at a higher risk of marijuana causing a panic attack.

What are Panic Attacks?

Panic attacks are characterized by sudden and intense feelings of fear or worry. These feelings often seem to appear out of nowhere, however, they can be triggered as well. When someone is experiencing a panic attack, they might believe that they are dying. Also, the physical symptoms associated with this phenomenon often cause individuals to believe they are having a heart attack.

People who experience four or more of these symptoms might be suffering from a panic attack:

The physical symptoms of a panic attack occur because the body begins to release adrenaline into the bloodstream. This causes people to become on alert with a rapid heart rate. Then, the individual’s breathing becomes rapid, preventing them from taking in enough oxygen and spiking their blood sugar.

While many people use weed to soothe symptoms of anxiety, several studies have shown a link between marijuana use and panic attacks. In 2010, a study found that individuals who use this substance heavily are commonly diagnosed with a panic disorder.[2]

Additionally, a study posted by the National Library of Medicine states, “We suggest that cannabis may trigger the emergence of recurrent panic attacks and uncover latent panic disorders in vulnerable persons.”[3]

But why does consuming marijuana cause feelings of anxiety and panic attacks if it’s supposed to have a calming effect?

The main psychoactive ingredient found in weed is known as tetrahydrocannabinol (THC). When someone smokes pot that is high in THC, their brain receives a surge of cannabinoids. If used excessively, these compounds are known to overstimulate the amygdala, leading to feelings of fear and anxiety.

Vanderbilt Medical Center conducted a study on the connection between marijuana and anxiety. According to their findings, “While marijuana’s ‘exogenous’ cannabinoids also can reduce anxiety, chronic use of the drug down-regulates the receptors, paradoxically increasing anxiety. This can trigger ‘a vicious cycle’ of increasing marijuana use that in some cases leads to addiction.”[4]

Other Risks of Smoking Weed

While one of the most common effects of chronic marijuana use is anxiety, there are an array of other health risks individuals should be aware of. Because this substance affects the central nervous system, it can lead to distorted thinking and significant cognitive impairment over time. Additionally, the euphoric effects of this drug can cause individuals to become addicted.

Long-term dangers of marijuana abuse include:

Smoking weed is known to cloud an individual’s judgment. While some individuals use this substance because they want to experience a distortion of reality, the effects of this can be alarming.

Some of the symptoms of distorted thinking caused by smoking marijuana include:

While many people believe that weed is not an addictive drug, this is farthest from the truth.

Heavy or long-term use of this drug is known to cause issues with learning, focusing, and memory. This is especially true for individuals who use the substance before their brain is fully developed.

According to the National Library of Medicine, “Cannabis use has been shown to impair cognitive functions on several levels—from basic motor coordination to more complex executive function tasks, such as the ability to plan, organize, solve problems, make decisions, remember, and control emotions and behavior.”[6]

While many people think that marijuana is a safe and even healthy substance to consume, there are an array of adverse long-term effects of heavy consumption. Marijuana abuse is known to trigger anxiety disorders and panic attacks among users who are already susceptible to these mental health issues.

Those who are addicted to marijuana may benefit from a drug rehab program. If you or your loved one suffer from co-occurring marijuana use disorder and an anxiety condition, you may consider attending a dual diagnosis addiction treatment program.