Chat with us, powered by LiveChat The Four Stages of Alcoholism - South Carolina Addiction Treatment 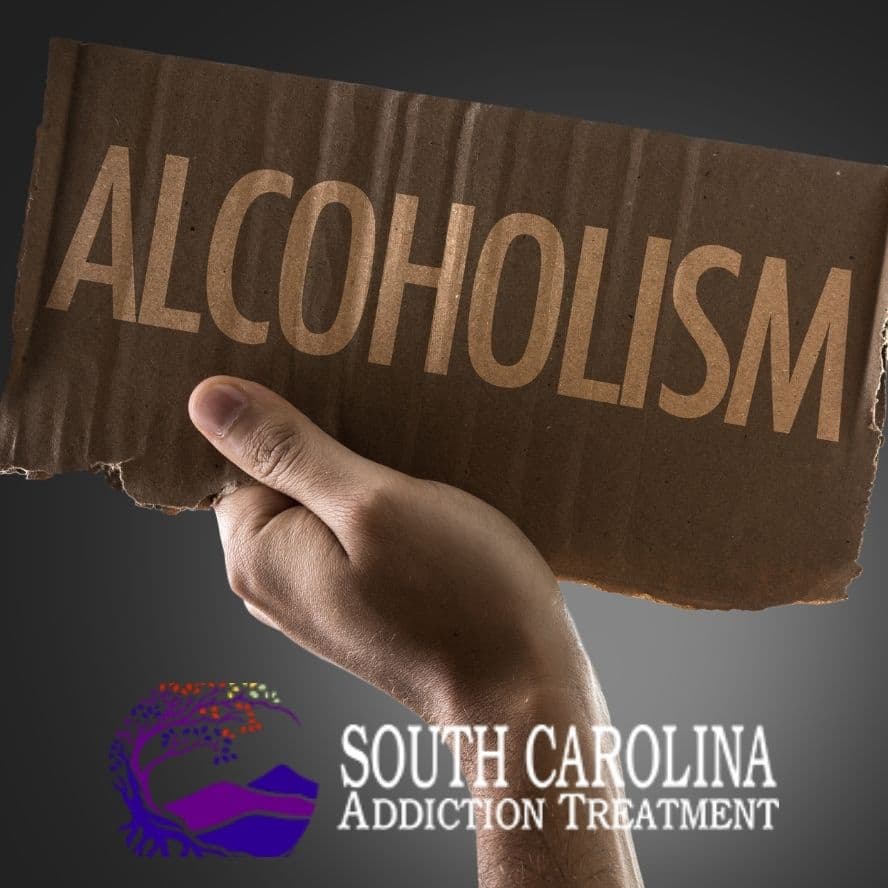 Alcoholism is considered a progressive brain disease, meaning the symptoms and severity of an individual’s alcoholism advance over time. An individual who begins drinking casually could easily progress to alcohol abuse and dependency after repeated use. With that being said, alcoholism is not something that begins overnight. Typically, individuals with alcohol use disorder (AUD) take months or even years to get to that point.

While every person will experience a different time frame when it comes to developing an AUD, the disease follows a specific pattern. There are four stages of alcoholism that are identified by specific behavioral indicators, including pre-alcoholic, early alcoholic, chronic alcoholic, and end-stage alcoholism.

Being able to understand and identify each of the four stages of alcoholism can help friends and family members push their alcoholic loved ones into help sooner rather than later.

What are the Four Stages of Alcoholism?

Alcoholism is a very common condition, affecting nearly 17 million adults and teenagers in the United States.[1] However, due to popular media, many people have misconceptions about the disease of alcoholism and what it looks like. Most people have seen depictions of alcoholism in movies and TV shows. Typically, these films only show viewers what end-stage alcoholism looks like, leading people to believe that people with alcoholism must show visible and obvious signs of illness and addiction.

However, there are four distinct stages of alcoholism and many people with AUD may appear as fully functional, well-adjusted adults. In order to end the alcoholism epidemic in today’s society, it is important for people to be able to identify each stage of alcoholism so struggling individuals may receive professional help before their alcoholism becomes severe.

Let’s take a look at each stage of alcoholism and how they are identified in individuals.

The earliest stage of alcoholism may be difficult to spot in other people, as this phase is characterized by an increase in alcohol consumption. In other words, an individual in the pre-alcoholic stage of alcoholism will increase the frequency of drinking or drink more alcohol at once than they have in the past. 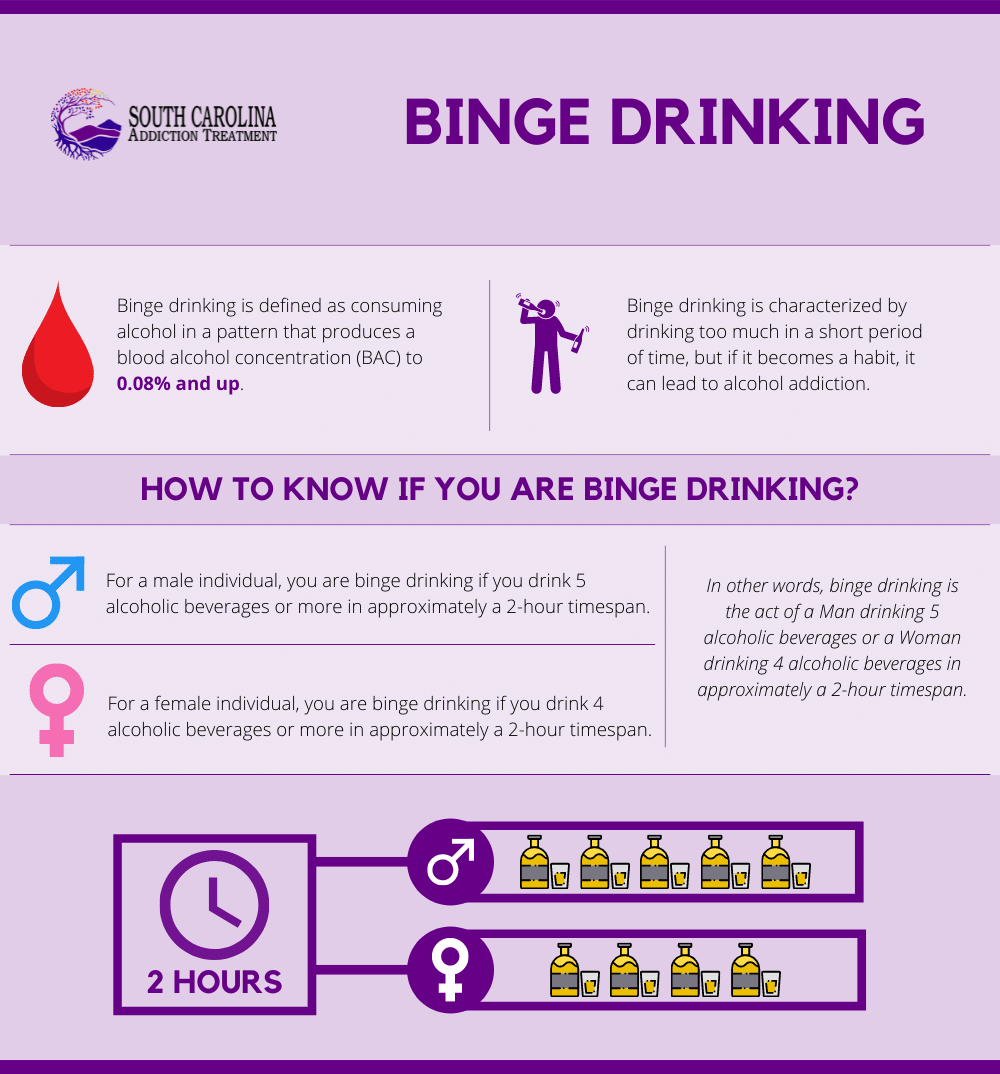 The difference between an average partier and someone suffering from pre-alcoholism is their intentions while drinking. If you find yourself suddenly drinking alcohol to unwind, sleep better, or enjoy social situations more, you may be suffering from the pre-alcoholic stage of alcoholism.

The second stage of alcoholism may be easier to spot for the person suffering as well as their friends and family members. Still, some people become very good at hiding their drinking habits and symptoms of alcoholism. Individuals in the early stage of alcoholism often find themselves downplaying the amount of alcohol they drink and making excuses or rationalizing their behavior. Additionally, they may begin to experience the consequences of their drinking at work or school. This is due to a regular occurrence of feeling hungover and beginning to crave alcohol during their daily life.

Early-stage alcoholism is also characterized by the development of dependence on alcohol. Dependency occurs when an individual drinks alcohol on a consistent basis, causing their body to become accustomed to the added chemicals. Individuals with alcohol dependence will begin to experience symptoms when they do not consume the substance. These symptoms are referred to as withdrawal symptoms.

At this point of one’s alcoholism, physical and mental dependence are present, indicating the individual is suffering from addiction. People experiencing the middle alcoholic phase of alcoholism may begin to drink at work or in other inappropriate situations to prevent symptoms of withdrawal from occurring. Typically, individuals are aware that they cannot live without alcohol. However, some people suffer from denial and do not believe they have a problem well into the end-stage of alcoholism.

If an individual is in the third stage of alcoholism, they will most likely meet the criteria for severe alcohol abuse provided by the DSM-V.

According to the DSM-V, individuals who identify with 6 or more of the following symptoms in the past year suffer from severe alcohol abuse and can benefit from alcohol rehab:[3]

Individuals experiencing end-stage alcoholism begin to feel a complete loss of control over their alcohol consumption. In other words, these individuals cannot stop drinking or cut down their alcohol intake on their own – even if they want to.

Additionally, individuals will begin to experience the effects of long-term alcoholism. Some of these effects may include damage to vital organs like the kidneys, liver, brain, and heart. Unfortunately, life-threatening health conditions such as severe alcohol withdrawal, liver cirrhosis, and even suicide are a high risk for individuals in the end stage of alcoholism.

While many people believe there is no way out once they reach the fourth stage of alcoholism, there is still hope. Alcoholism is treatable no matter what stage an individual is experiencing. 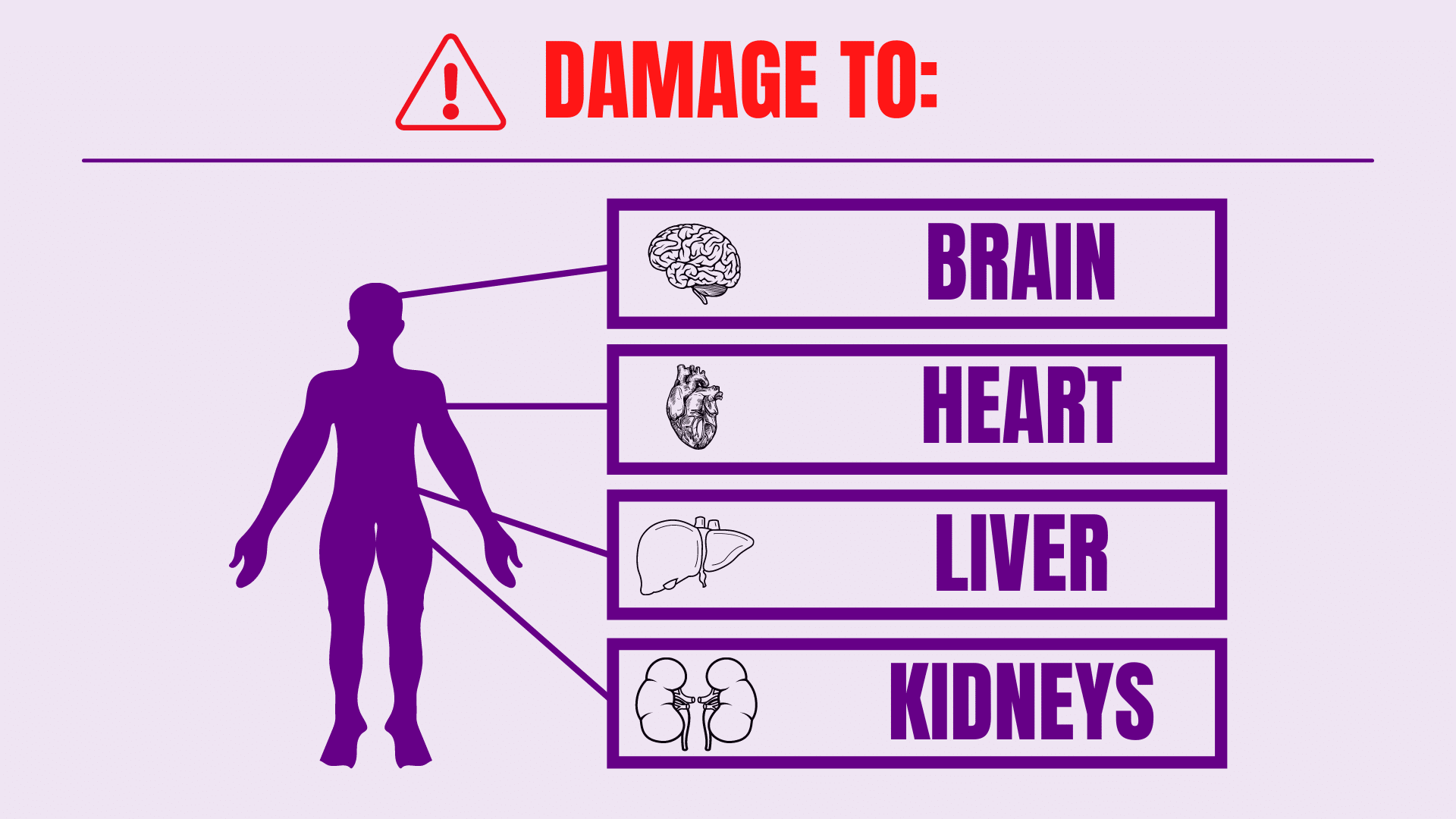 When Should Someone Seek Professional Help for Alcoholism?

If you or a loved one are experiencing the symptoms of alcoholism, professional treatment is necessary. It is always best to treat alcohol addiction while it is in the early stages of progression, as withdrawal symptoms will be minimal and treatment may not take as long. However, alcoholism is treatable during any stage.

When an individual is suffering from any of the symptoms of an alcohol use disorder, they should seek professional treatment immediately. If you or your loved one struggle with alcohol abuse or alcoholism, contact us today. We can help you begin a new way of life.