Chat with us, powered by LiveChat What Happens if You Get a DUI/DWI in South Carolina?

What Happens if You Get a DUI in South Carolina?

Home » Blogs » What Happens if You Get a DUI in South Carolina? 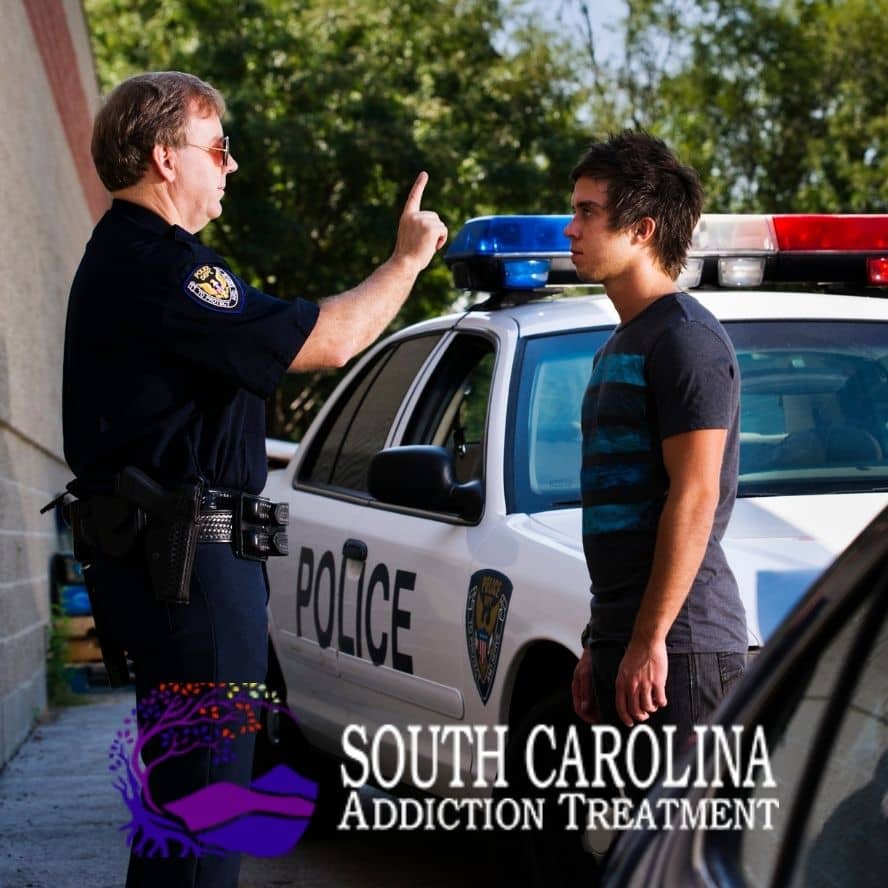 Alcohol abuse and alcoholism are serious conditions that cause individuals to make poor choices. Oftentimes, individuals who struggle with alcoholism participate in risk-taking behaviors like drunk driving and driving while intoxicated. Unfortunately, driving while drunk can result in personal injury, the injury of others, legal consequences, and even death.

According to the National Highway Traffic Safety Administration, “Every day, about 28 people in the United States die in drunk-driving crashes — that’s one person every 52 minutes.”[1]

Driving Under the Influence (DUI)

It is illegal to operate a vehicle in South Carolina while an individual is impaired by drugs or alcohol. Individuals with a blood alcohol content (BAC) of 0.08% or higher are considered “under the influence” and can be charged with a DUI.

However, if your BAC is above 0.05% and under 0.08%, law enforcement officers will consider other aspects (like a failed field sobriety test) to determine whether you violate the law.

Driving with an unlawful alcohol concentration (DUAC) is basically the same charge as a simple DUI. However, while a DUI charge requires additional evidence of intoxication, DUAC charges only require a BAC level of 0.08% or higher.

Typically, DUIs and DUAC charges are filed as misdemeanors. However, it is possible to receive a felony DUI charge in South Carolina.

The first instance that would merit a felony DUI charge is if an individual caused an accident that resulted in great bodily injury or death. According to Section 56-5-2945 of the South Carolina Code of Laws, great bodily injury is defined as an injury that, “creates a substantial risk of death or which causes serious, permanent disfigurement, or protracted loss or impairment of the function of any bodily member or organ.”[2]

The other instance that would result in a felony DUI is if the individual has previously received at least 3 other DUI charges.

Under South Carolina law, simply driving a vehicle implies consent for the testing of breath, blood, or urine for determining the presence of drugs or alcohol. This is because South Carolina is a no-tolerance state for driving under the influence of substances.

If the individual who is operating a vehicle while under the influence also has an open container in their car, they will face an additional charge.

If there is an open container of alcohol anywhere in the car other than the trunk or a luggage compartment, the individual could face an additional $100 fine and up to 30 days in jail.

Lastly, South Carolina has strict laws regarding underage drinking. If someone under the age of 21 is caught driving with a BAC of 0.02% or above, they will receive an automatic suspension of their license for 3-6 months.

What Happens if You Get More Than One DUI Charge in South Carolina?

DUI charges pose various legal consequences depending on the number of times an individual has been charged with the offense. Additionally, their blood alcohol content level is taken into consideration.

The possible charges and consequences include:

If the individual’s BAC is less than 0.10% and it is their first offense, they could face:

A blood alcohol content (BAC) higher than 0.16% could lead to the following consequences:

If the individual is on their 2nd DUI charge and has a BAC less than 0.10%, they could face:

A blood alcohol content (BAC) higher than 0.16% could lead to the following consequences:

If an individual is a 3 time DUI offender and has a BAC of less than 0.10%, they could face:

A blood alcohol content (BAC) higher than 0.16% could lead to:

Fourth-time offenders with a BAC of 0.10% or less could face:

A blood alcohol content (BAC) of higher than 0.16% could lead to:

If you or a loved one have been convicted of a DUI charge in South Carolina and need treatment for alcoholism or drug addiction, you’ve come to the right place.

Substance use disorders are difficult to deal with, especially without any help. That is why our experienced and caring staff emphasizes providing every patient with the support they need.