Chat with us, powered by LiveChat The Dangers of Mixing Cocaine and Alcohol - South Carolina Rehab

The Dangers of Mixing Cocaine and Alcohol

Home » Blogs » The Dangers of Mixing Cocaine and Alcohol 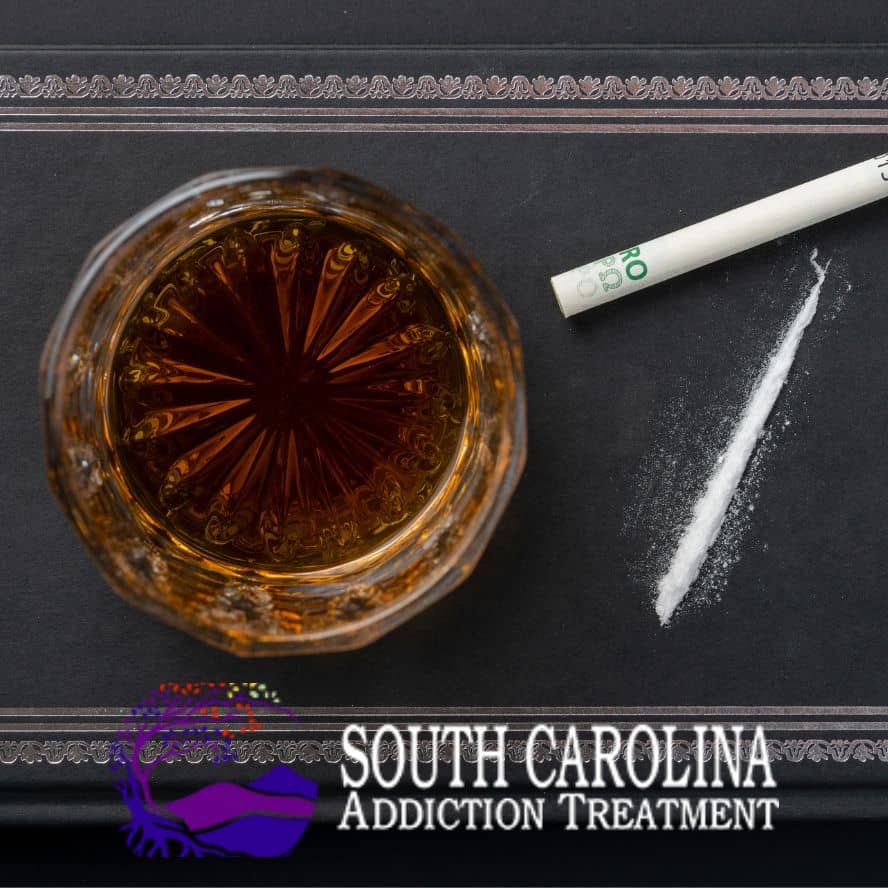 More than 85% of people ages 18 and older report drinking alcohol at some point in their lives and more than 14.5 million people ages 12 and older have an alcohol use disorder.[1] Some people who abuse alcohol mix it with other drugs to enhance or alter the effects of the substances. One of the most commonly combined substances with alcohol is cocaine.

In 2020, about 1.9% of the United States population, or 5.2 million people reported using cocaine sometime in the last year. 0.5% (or about 1.3 million people) were addicted to cocaine.[2] Like alcohol, cocaine is highly addictive.

Mixing cocaine and alcohol can cause more intense feelings of euphoria and even promote mental clarity in people who are very intoxicated, however, this combination of substances can be extremely dangerous.

How Does Alcohol Affect the Body?

When you drink alcohol, it affects your body in various different ways. One of the primary ways it affects you is by producing intoxicating effects. Alcohol does this by slowing down chemicals and communication pathways that the brain uses to control your body’s movements, reflexes, and balance. This can also impair your judgment and affect learning, memory, and decision-making.[3]

Alcohol is considered a depressant substance because it slows down functions in the body, but it also has some stimulant-like properties, particularly at low doses.

Side Effects of Alcohol Intoxication

Side effects you experience while intoxicated include:

In high doses, alcohol poisoning, coma, and death may occur.

What is Cocaine and How Does it Affect the Body?

Cocaine is a potent, addictive stimulant drug that is made from the leaves of the coca plant, a plant that is native to South America. While it is approved for some medicinal uses, most cocaine use is illegal.

Cocaine comes in the form of a fine white powder that is usually snorted through the nose. Some people will dissolve the powder in water and inject it into their bloodstream.

Like other stimulant drugs, cocaine gives you a rush of euphoria, energy, and confidence. It does this by increasing levels of dopamine in the brain, a natural chemical messenger that regulates movement and the reward system.[4]

Other ways cocaine affects the body include:

People often use cocaine to perform tasks more quickly or be energized at social events. However, another popular form of cocaine use involves mixing it with alcohol.

Side Effects of Cocaine

Cocaine produces similar effects as other stimulants, such as:

Why Do People Mix Cocaine and Alcohol?

People who struggle with alcohol use disorder may abuse cocaine to help them stay awake longer, drink more, and have energy while drinking. If they’ve drunk too much and are feeling impaired or tired, they may use cocaine to “sober up” so they can continue socializing, partying, or drinking.

On the other hand, people who struggle with cocaine addiction may use alcohol to try and reduce the negative side effects of cocaine, such as anxiety, twitching, or paranoia. Since alcohol is a depressant and cocaine is a stimulant, each drug can negate some of the effects of the other.

Some people struggle with polydrug addiction and may use any drugs they have access to. If cocaine and alcohol are readily available and acceptable in their social circle, a person may do these drugs simply to experience the intoxicating effects. Some studies show that over half of people with a cocaine use disorder also struggled with alcohol dependence.[5]

The Dangers of Mixing Cocaine and Alcohol

Studies show that the combination of cocaine and alcohol has dangerous effects on heart rate and that drinking while taking cocaine can lead to up to 30% increased blood cocaine levels.[6] This means there is an increased risk for cocaine overdose and adverse cardiac events.

When both cocaine and alcohol are consumed, they lead to the formulation of cocaethylene in the blood which can exacerbate the cardiotoxic effects of both substances. Cocaethylene is a metabolite that is stronger than either cocaine or alcohol alone and it is toxic to the liver, heart, and other major organs.

Cocaethylene has an elimination half-life that is 3-5 times longer than regular cocaine, meaning it causes cocaine to stay in the system longer. This can increase the risk of toxic effects and overdose. Finally, cocaethylene has also been associated with seizures, liver damage, and immune system problems.[7]

This combination of substances can also increase your risk of violent thoughts, threats, and behaviors. It can even increase the risk of stroke.[6,7]

Polydrug abuse is extremely dangerous and it can make your addiction progress extremely fast. It’s important to seek treatment as soon as possible.

If you or a loved one are addicted to mixing cocaine and alcohol, we can help. At South Carolina Addiction Treatment, we offer detox and residential addiction treatment programs that help you uncover the root cause of your addiction and heal completely. Call now to get started.